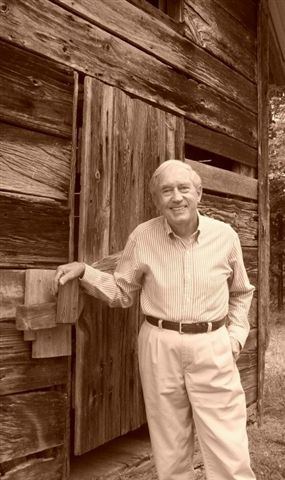 Bobby Edmonds, author of the new book McCormick the Place: History from the South Carolina Hill Country, will be signing his book at the McCormick Library on Sunday, September 13th from 3-5 pm.

Bobby received the Order of the Palmetto, the state’s highest civilian award, and the Robert N. Pryor Award for publishing local history. He was born during the Great Depression in a two-room farm cabin on the family farm at Cedar Hill in rural McCormick County. 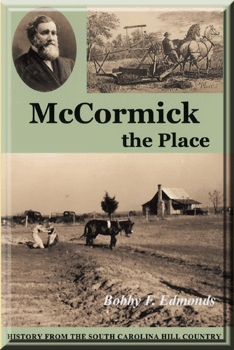 His new book chronicles the lives, images, and concerns of people living on the little slice of land along the Savannah River in South Carolina now called McCormick County from the antebellum era through Post World War II.

The life story of the town’s benefactor, Cyrus Hall McCormick mirrors the ambitious spirit of the young American republic. His invention of the reaper for harvesting grain and his creation of a gigantic farm equipment manufacturing conglomerate during the industrial revolution produced a worldwide transformation of agriculture.

Embedded in this dialogue are valuable elements of social, cultural, and economic history, including folk music and education as well as a collection of dramatic newspaper accounts of events that shaped the community. Includes nearly 500 photographs.

More information about Bobby and his books is available at his website: