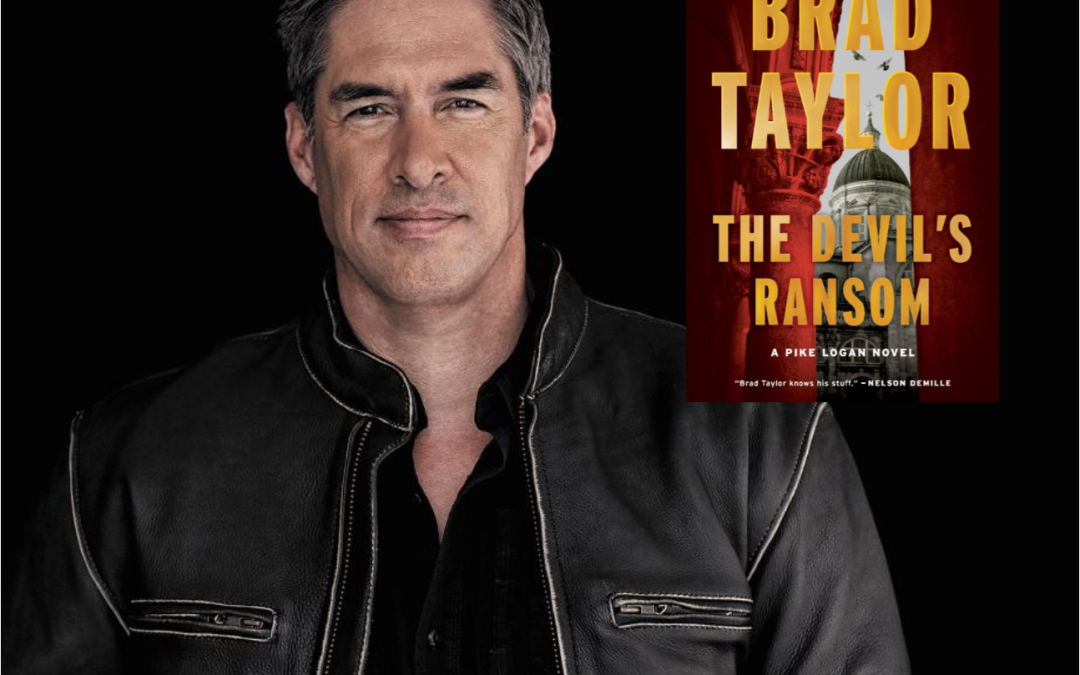 The old adage “write what you know” holds especially true for bestselling author Brad Taylor, who has penned sixteen military thrillers about Pike Logan, a covert operator who works to stop some of the greatest threats to global safety.

To celebrate the release of his 17th novel, “The Devil’s Ransom,” Brad Taylor is stopping by McCormick to discuss his new book. The free event will be held at the Lutheran Church by the Lake – 100 Twelve Oaks Drive – in McCormick SC. Doors open at 5:15 pm for heavy hors d’oeuvres and refreshments. The presentation starts at 6 pm and a book signing will follow. A number of complimentary copies of his new book will be available.

This event is funded in part by the South Carolina Arts Commission which receives support from the National Endowment for the Arts.

Brad Taylor was born on Okinawa, Japan, but grew up on 40-acres in rural Texas. Graduating from the University of Texas, he was commissioned as a second lieutenant in the U.S. Army Infantry. Brad served for more than 21 years, retiring as a Special Forces Lieutenant Colonel. During that time, he held numerous Infantry and Special Forces positions, including eight years in 1st Special Forces Operational Detachment – Delta, commonly known as Delta Force. He has conducted operations in support of US national interests in Iraq, Afghanistan, and other classified locations.

His final assignment was as the Assistant Professor of Military Science at The Citadel in Charleston, SC. He holds a Master’s of Science in Defense Analysis from the Naval Postgraduate School, with a concentration in Irregular Warfare. In 2011, Brad published his debut novel, One Rough Man, which was an immediate success and launched the Pike Logan series. When not writing, he serves as a security consultant on asymmetric threats for various agencies.